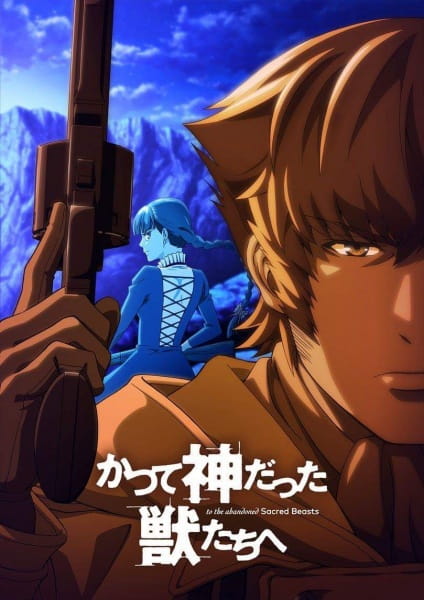 Plot:
During a protracted civil war that pitted the North against the South, the outnumbered Northerners used dark magical arts to create monstrous super-soldiers—Incarnates. Now that the war has ended, those Sacred Beasts must learn how to make their way in a peaceful society, or face death at the hands of a Beast Hunter...

Nancy Schaal Bancroft, the daughter of an Incarnate soldier who met an untimely end at the hands of one such Beast Hunter, turns to hunting the hunter herself. But once she catches up with her quarry, she discovers hard truths about the lives of the Incarnates... - Vertical Comics

phpBB [video]
Everything I say is in relation to me, objectivity doesn't exist.

MAL: https://myanimelist.net/profile/Eira_99
Feel free to add me on Discord for more chat based discussions: Eira#1560
Top

Re: To the Abandoned Sacred Beasts

Spoiler:
I'm glad they killed Elaine off, I was not in the mood for whatever cliche romance we were going to get between her and Hank. And I guess Cain and Hank almost never transformed since they didn't seem to have any of the symptoms the others did. I thought Cain was going to take the other Incarnates with him as a whole rebel against the system using them as tools to be discarded thing, but seems like he just wanted to go the generic bad guy route.
Move like lightning, sound like thunder.
http://myanimelist.net/profile/Whiskeyjack19
Top
Post Reply
2 posts • Page 1 of 1