I’m sure everyone’s heard at this post but if you haven’t then Kyoto Animation Studio was burned down. An arsonist showed up to the studio and started pouring gasoline on the floor and on people as they tried to escape, multiple people are suspected dead and many more are injured, and of course the studio is gone.

Obviously this is going to be a hard time for the company now, not only have they most likely lost a lot of work they’ve also lost staff members and a building to work in. Sentai Filmworks has set up a GoFundMe which of course I’m linking. It’s passed it’s “goal” but I assume this is more open ended and obviously they’re going to need a lot of money in order to get through this time, since they won’t be able to make any work for some time.

This story is still developing and as time goes on we’re sure to get more details, when we do maybe I’ll try to make a more information driven posts with all the details, but untill then #PrayForKyoAni and make sure to give anything to the GoFundMe, if you can of course. 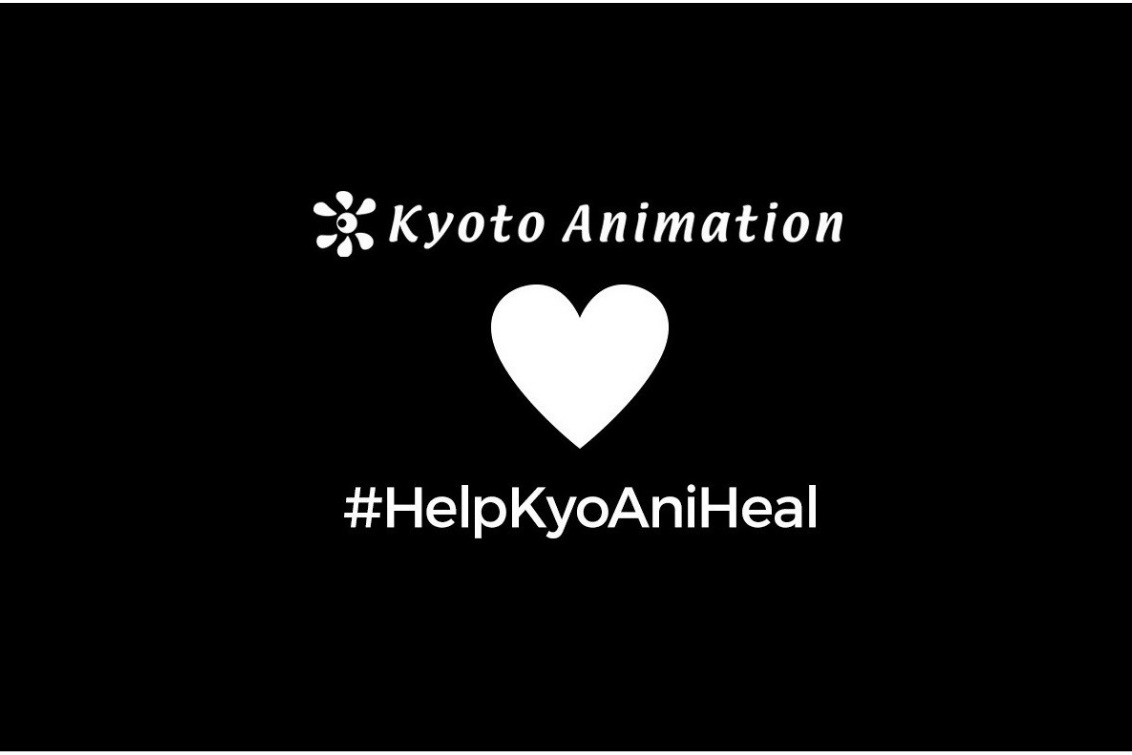 Everything I say is in relation to me, objectivity doesn't exist.

Terrible tragedy. I did what I could

I read about this yesterday on Reddit. Last news update said there were more than 40 dead. This is a goddamn tragedy - both for the people working at the studio (over 40 dead and many injured, which has to be psychologically scarring for the other employees and the families of the deceased) and for the anime fandom (since we're unlikely to see any new Kyoto Animation works in the near future or even longer).

It's so gao frustrating to be reminded of how easily a single person can destroy the work and passion of dozens of other people out of malice in a matter of minutes (of course, this similarly applies to all kinds of terrorist attacks and other such despicable acts). I hope the fundraiser helps all those affected by the incident.

I will donate some but also i will purchased some of their work in the kyoanishop, i hope the remaining of the staff can rehabilitate well from this and that we the fans can help them in some way.

This is a matter of our love for the art they make, let's all try to help them in some way to let them know we the fans are here for them.
Top

BlueSpark wrote:It's so gao frustrating to be reminded of how easily a single person can destroy the work and passion of dozens of other people out of malice in a matter of minutes.

Yer, it's upsetting that this was able to happen, but even more surprsing is that even outside of anime this is a really big deal. Cause this is the biggist mass murder in post-war Japan. After all japan is pretty famous for sometimes going entire years without a single murder, I'm sure no one was ready for something like this to ever happen in the country.

Also apparently the reason is that KyoAni stole an idea for a novel the guy had. Which if true is really weird since KyoAni don't really make original content (Except for some movies, but they're always sequels) they just do adaptations.

cesarheg wrote:I will donate some but also I will purchased some of their work in the kyoanishop.

This is also a great way to support them right now. Anything you buy from their shop obviously goes directly to the company. And since KyoAni has always prided itself on taking good care of it's employees I'm sure if they can keep getting money they'll try to make sure everyone can get by until they can begin working again.
Everything I say is in relation to me, objectivity doesn't exist.

Enough time has passed for me to come out and say that i don't like the idea of crowd funding a tragedy, especially for a company. Say whatever you like but at the end of the day i don't care if kyoani never produces again. They're an insured company, giving them money to "heal" is gross to me. They don't need it, the victims do. Sentai and kyoani are just middle men to getting my money where it belongs.
Join my discord!
https://discord.gg/gU4VJjC

That was one of my first thoughts on the matter, too. Although, contrary to you, I do cherish Kyoto Animation as a studio which has spawned a number of my absolute favorite titles in anime. So I do want them to get through this as well as they possibly can, given the state they're currently in.

Either way, from what I understand, this campaign was indeed designed to help out the human beings affected by the tragedy, not the company. Of course, whether that's what actually happens with the money is a different question.