Apply the same idea to "kowing that this guy will win over that girl in the end," too. I always want to facepalm when people say "I didn't like Toradora! because it was so obvious those two would end up together." Well, no duh, Sherlock... That sole revelation isn't what you watch the show for. 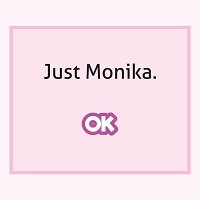 How about at least a Gyoza? Surely you've at least have had some Gyoza. Otherwise, book a flight. I know places
https://myanimelist.net/profile/Sethomaha
Top

Hey Guys thanks for the show, a few questions that I've had over the last couple of years.

1) The Fuuka Anime made a huge change from the manga. I was looking forward to seeing the direction they would go. Unfortunately not only did they waste the opportunity by basically reverting back to the manga, it actually made the story make less sense in the end.
Spoiler:
Would you really drop everything you were doing to help out the band member that ditched you?
Is there an anime that diverged from the source material and was better because of it?

2) Is there a trope/cliche you really dislike because it's usually done so badly? I really dislike the "Villain Redemption" trope. It's so often flagged early in the show so you know it's coming but the villain never really does anything to atone for what they've done. Hanebado is a perfect example of this trope at its worst. That ending soured the show for me because I saw it coming from the moment the character was introduced.

3) What anime podcasts would you recommend? Similar in tone to yours, where they talk about what they enjoy and avoid hating on shows?
Top

Considering that it will probably be at least 3 months by the time you finally get to this question, did Andrew finally keep his promise and finish all of Gurren Lagann?
https://myanimelist.net/profile/Sethomaha
Top

So I was thinking about this after listening to some talk about Miyazaki and realized that Miyazaki, as great as he is, would not be able to produce seasonal anime well. His entire career, he has had a long time, many time years to produce a single work and has had a lot more financial and artistic support than most anime nowadays get. So how do you think he would do if he was tasked with doing a seasonal show with only the average amount of money, support, and talent backing him?
https://myanimelist.net/profile/Sethomaha
Top

Do you guys have any tropes in anime that you like enough to watch the anime no matter the actual quality of the show. For me any anime with the super op main character trope is an instant watch for me, i.e. overlord, how not to summon a demon lord, and hellsing ultimate just to name a few. If so what tropes and anime as examples?
Top

By the time you guys reach this question, did you post the kill la kill review?
"Tolerance is the lube that helps slip the didlo of dysfunction into the neko of a civilized society" -Plato
Top

Coming off your Summer Review part 3 discussion, I wanted to expand on your talk on "filler" in anime. Do you believe that shows can now avoid the use of "filler" arcs in this current time? I feel that if the anime is popular enough or good enough then it can stop and take a reasonable break between 2 or 3 seasons for the sake of the story or quality control of the art. These days there is a lot of content every season so hiatuses can be tolerated by modern fans. What do you guys think?
Top

Anime sub, anime dub, manga, novel, japanese live action and occidental live action are gathering in an arena, armed to the teeth and ready to get some! Only one will come out alive.
Who kills who, how and who will be the victor?
"Tolerance is the lube that helps slip the didlo of dysfunction into the neko of a civilized society" -Plato
Top

I liked the Randomizer question so lets change it up. Same method as last, hit the randomizer until you get to a show you have seen all the way though. You still do not get MC rights, but you not only get to live all the way through to the end but you also get to keep all knowledge of all the events of the show and can take advantage of them provided you do nothing that will affect the actual events themselves. How do you proceed?
https://myanimelist.net/profile/Sethomaha
Top
Post Reply
920 posts